Every dog owner deeply understands just how hard it can be to turn down those doting puppy-dog eyes your four-legged friend shoots at you when you have something tasty in your hand. It's generally best to avoid giving into temptation since you don't want begging to be rewarded and become a more troubling habit, but everyone slips up sometimes.

That said, one time you should never give into begging is when you're holding a piece of chocolate.

What Makes Chocolate Bad for Dogs?

Most owners will already have heard that chocolate can be bad for dogs, but few understand just how bad it can be. In fact, large doses of chocolate can cause seizures and even death.

This is due to an alkaloid called theobromine that is contained in cocoa powder. Humans can metabolise theobromine fine and dandy, but canines are very poor at metabolising this compound. Belonging to the same family as caffeine, theobromine will stimulate both the central nervous system and cardiovascular system, all while causing intestinal distress for your poor pup.

What Happens When a Dog Ingests Theobromine?

Since it takes a very long time for dogs to metabolise theobromine, toxic levels are able to build up within the doggy bloodstream. In some ways, this is much like having too much caffeine in your own system; in smaller doses, your dog will become overactive.

However, the presence of theobromine also causes sickness. A dog who has eaten chocolate is likely to experience diarrhoea, vomiting, and disorientation.  This will occur even if only a small amount of chocolate has been ingested.

If your dog manages to work its way through a relatively large amount of chocolate, the possible complications become far more serious. Levels of theobromine in the blood stream will increase your dog's blood pressure and cause an irregular heartbeat, something that can even lead to a heart attack. Internal bleeding can also occur, and you may find that your dog begins to experience muscle tremors of seizures.

The complications that arise from theobromine poisoning can vary according to how much was eaten and how large your dog is. Additionally, the type of chocolate eaten can have an impact; chocolate products with a large amount of cocoa powder contain higher percentages of theobromine. In any case, you need to contact your local vet clinic as soon as you can if you know or suspect that your dog has ingested chocolate. 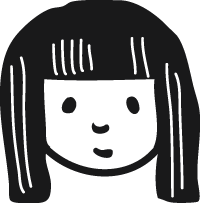 Hello and welcome to my blog. My name is Nancy, and I love my pets. Currently, I have two dogs, a lab and a poodle, and three cats, and they are in great health but have struggled with various maladies in the past. Of course, I have also owned several other pets, including even a horse and a pig one time. If you want tips on choosing top veterinarians and making the most of the care your pets receive, you have come to the right blog. Please, grab your favourite pet to cuddle and start exploring this blog. I hope you enjoy it and that my tips help your pet stay healthy.